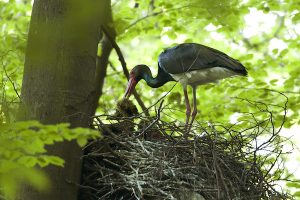 Lesedauer ca. 3 Minuten Study: The researchers found that the rate of decay of the deadwood is influenced by the tree species, temperature and precipitation. The shortest deadwood residence times were for wood derived from beech (F. sylvatica). In the warmest locations 90% of the biomass had decomposed after 27 years, in the average locations after 35 years and in the coldest locations after 54 years.